Pigmentation is primarily caused by sun damage. It often doesn't present until many years later after the skin has been damaged. It can also be activated by hormones. Many pregnant ladies report a pigmentation problem post-natal.

Pigmentation production is the very same as a sun tan except that in the damaged sites the body produces lots of pigment in an effort to prevent further damage hence the unsightly dark spots and patches. Unfortunately for the sufferer, the first glimmer of summer can result in unsightly pigmentation marks. 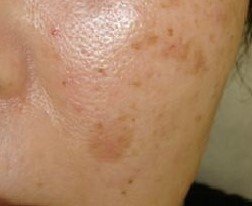 Hyper-Pigmentation: Patches and age spots (as described above). 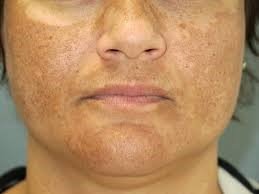 Melasma: This is a wider spread and has a more even distribution of pigmentation, commonly found in darker skin types.

Depending on what type of pigmentation is present will dictate the best treatment protocol.

There are two distinct aims of the treatment, which are to reduce the visibility of the dark patches and suppress the activity of the melanocytes. As well as treatments protecting your skin in the sun is vital in the success of this treatment.

This website uses cookies to improve your experience while you navigate through the website. Out of these, the cookies that are categorized as necessary are stored on your browser as they are essential for the working of basic functionalities of the website. We also use third-party cookies that help us analyze and understand how you use this website. These cookies will be stored in your browser only with your consent. You also have the option to opt-out of these cookies. But opting out of some of these cookies may affect your browsing experience.
Necessary Always Enabled

Any cookies that may not be particularly necessary for the website to function and is used specifically to collect user personal data via analytics, ads, other embedded contents are termed as non-necessary cookies. It is mandatory to procure user consent prior to running these cookies on your website.